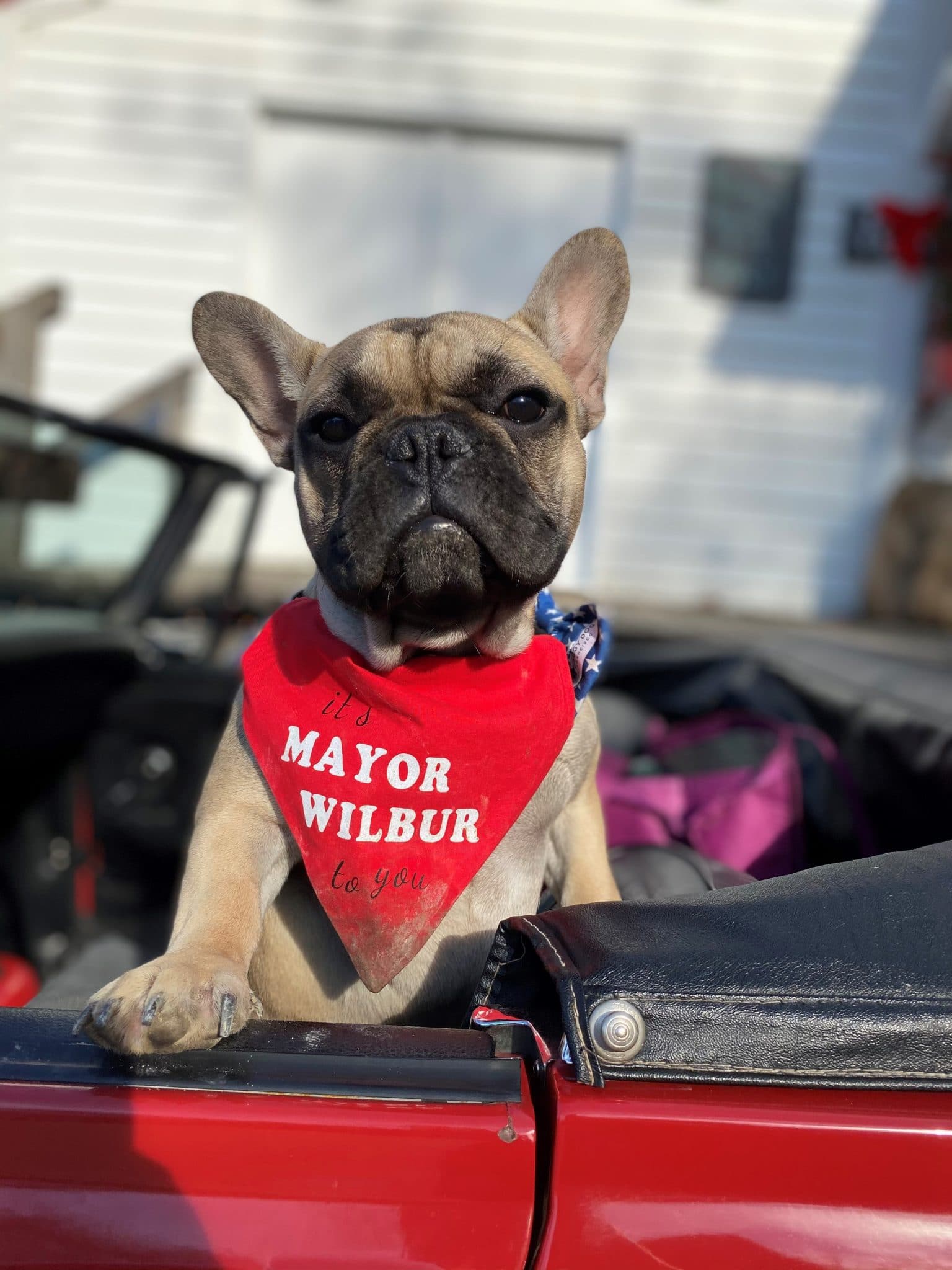 The story goes that around 1998, the quirky town of Rabbit Hash, Kentucky was in need of funds to help restore the town’s buildings, pay for insurance, and take care of other municipal bills.

When looking for solutions, residents were inspired by the plethora of pups who seemed to “hold court” on the Rabbit Hash General Store’s front porch. They decided to let the dogs actually run their small town by naming their first canine mayor—cleverly turning it into a fundraising opportunity.

The rules of that first election were pretty loose: each donated dollar equalled one vote, and all animals were welcome to “run” as long as they could chase a rabbit into town from their home within an hour’s time (oddly specific, but rules will be rules).

Since then, the town has elected a series of dog mayors, mostly recently appointing 7-month-old French Bulldog Wilbur Beast to the post. We reached out to Wilbur and his mom, Amy Noland, to learn more about the new mayor’s upcoming term.

Is Wilbur Actually the Mayor?

Our first question was about Wilbur’s actual duties—is he really the mayor of Rabbit Hash?

Yes. “There are no human mayors,” Noland explained of the small town, which is actually governed by a town council. But Wilbur’s duties will be very real.

“The canine mayor is involved in the day to day life of the town, town meetings, and possible usage of funds. However, his main duty is to sit on the front porch, greet the townspeople and visitors, and get treats and belly rubs!”

“In real life,” Noland continues, “the goal is to continue to fundraise for the town and bring awareness to social issues like mental health and animal support.” (Wilbur himself is well-positioned to advocate for these issues; his health and well-being is insured through Petplan pet insurance.)

A dogged campaign hound, it’s not hard to see how Wilbur was elected with a great slogan like, “Vote for Wilbur, He’s all Ears!” 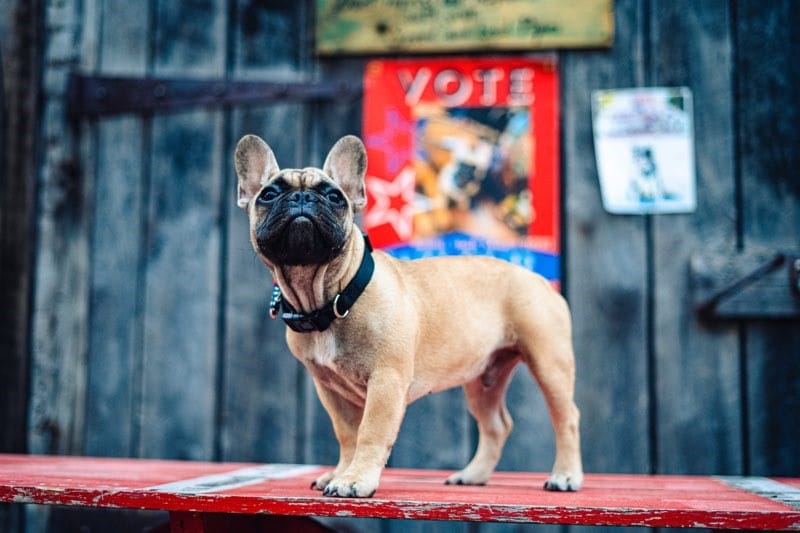 Wilbur has the requisite dog—and people—skills to get the job done, explained Wilbur’s proud mom.

“Wilbur is now 7-months-old, and he enjoys children and has a very intuitive manner with them and people in general. He is learning to skateboard and has started the journey to become a therapy dog recently.”

Advice for the Future “First Dogs”

Does Wilbur had any advice for Champ, Major, and the other pets soon to be in the White House?

“Wilbur would say go with your gut!” Noland said. “Support your humans through good and bad times and always be positive. Spread love to others doing what you do best, simply by being a dog!” 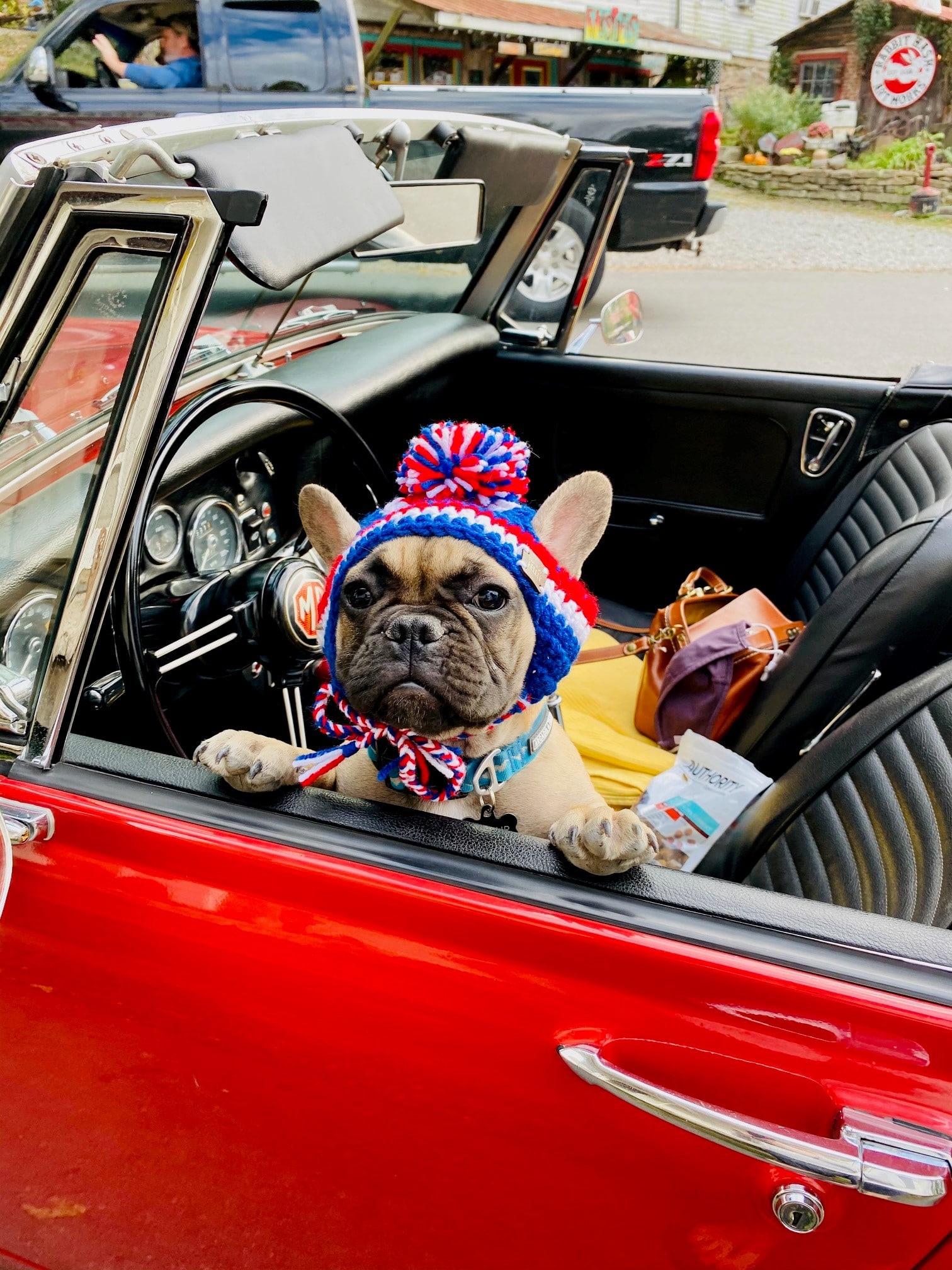 The official inauguration—in Rabbit Hash, it’s called an “indoguration”—will be held on January 22nd at 6 p.m. Eastern time and will be live-streamed from Wilbur’s Instagram page.

And now that politics has gone to the dogs, you’ll also be able to tune into first dog-elect Major’s indoguration on January 17, hosted by the Delaware shelter where he was adopted by the Biden family. 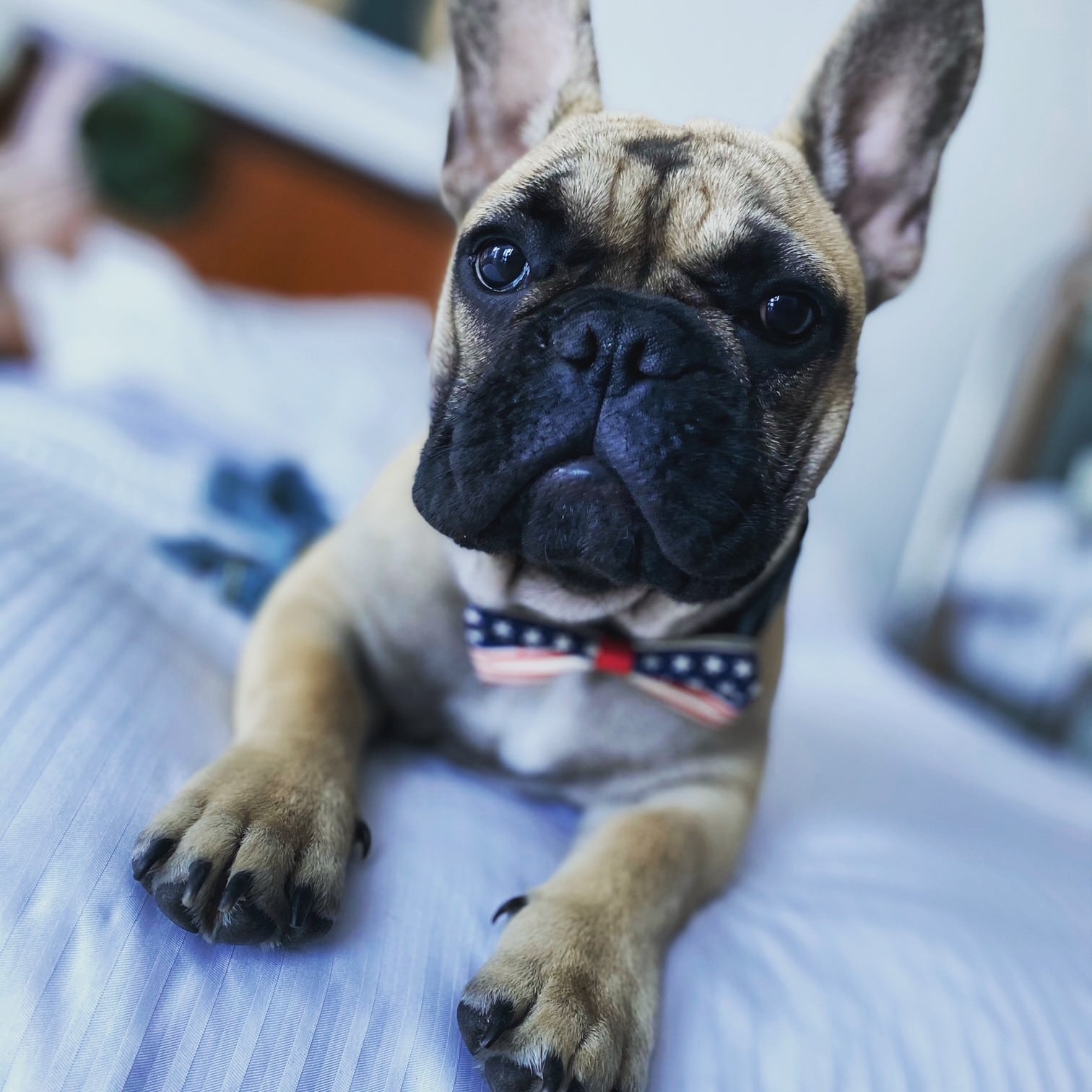 Our final question for Wilbur and company—why does this French Bulldog want to be the Mayor or Rabbit Hash?

“To take out the human element of real politics,” Noland said, and “to do away with political ego, controversy, negativity, and show that we can all get along. Being mayor is an honor and having a voice especially during these emotional times is crucial. Also, to fundraise and help humans and animals in their journey through life, which can be very different. Dogs and people are not all in warm homes and warm beds. They are struggling, and it needs to be brought to light with a positive vibe and open hearts.”

Noland says that Wilbur plans on traveling throughout the United States when it becomes safe to do so, spreading awareness about the issues and needs affecting various communities.

We’ll be looking for you, Wilbur, when you come to town, and wish you all the best as you bring much-needed canine charm to local politics!

Pawri Hori Hai – Supermax Edition | Yashraj Mukhate | Funny Dogs |
Funny DOGS – Having A Dog In Your Life Is The Greatest Decision You Will Ever Make
How To Safely Take Paw Prints Of Your Dog’s Paws
Do Dog Whistles Work? What Are They For?
#Lucky The Belgian Malinois-fun video-#Malinois #funny dogs #playdogs #support #viral 9848110952