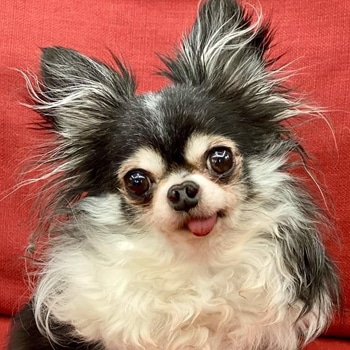 Finally! The crisp, cool autumn air has made it fully acceptable for us to don stretchy pants and sweatshirts all day, curl up with a warm beverage, and settle in for hours of  (don’t judge) virtual entertainment. After all, we’re in COVID times here, so the normal rules about binge-watching and soft pants need not apply.

Luckily, we pup-lovers have plenty of viewing options when it comes to dog-related shows; here are just some of the enticing shows/films coming up:

“Nature’s Fear Factor,” a documentary highlighting the complex process of reintroducing African wild dogs into Mozambique’s Gorongosa National Park, will debut on PBS’s science program NOVA. The film follows the restoration of this African park as a home for endangered wild dogs, and offers a glimpse of the Gorongosa ecosystem, and the threats to its stability in the aftermath of a civil war. Oh, and you’ll see some adorable wild dog puppies, of course!

The votes are in and the yearlong contest has concluded for the American Humane Association’s “Hero Dog Awards,” a ceremony that celebrates what the AHA calls “the powerful, age-old relationship between dogs and people.” The 2-hour special airing on the Hallmark channel will announce the top American Hero Dog for 2020.

Among the nominees are cardiac alert dog, Dolly Pawton, who is trained to alert her handler of urgent medical conditions such as unsafe blood pressure or heart rate levels that need to be addressed; military dog Blue, who rescued her handler numerous times; and Mackenzie, a shelter dog known for comforting baby animals facing medical issues.

You’ll also gain insight about the Feed the Hungry fund, a special COVID-19 based program that provides assistance to shelters currently caring for pets abandoned because of coronavirus.

“Eba the Whale Dog” and owner, whale biologist Deborah Giles, show off their skills in an episode of the three-part PBS series, The Age of Nature. If you’ve ever been curious how pups can help people detect, track, and study whales, you’re going to want to tune in (and check out this Seattle Times article for more details). Enlightening and featuring an adorable wonder-dog? That’s a win-win for us.

Check your local PBS station for local listings, or stream The Age of Nature starting on Wednesday, October 14. Note: Eba makes her debut in the second episode.

Described by some as “The Amazing Race for dogs,” new Amazon Prime show The Pack, featuring none other than Rover’s own Nicole Ellis, premieres next month.

Teams consisting of a human and a dog will endure challenges, with the help of accredited vets and certified dog experts who come along for the ride. Hosted by famed Olympic skier Lindsey Vonn (and her pup Lucy!), this show ups the ante by offering $500,000 to the winning team, with an additional $250,000 going to their favorite animal charity.

We’ll be reporting more about the new series soon; for now, enjoy the trailer above and look for The Pack November 20 on Amazon Prime Video.