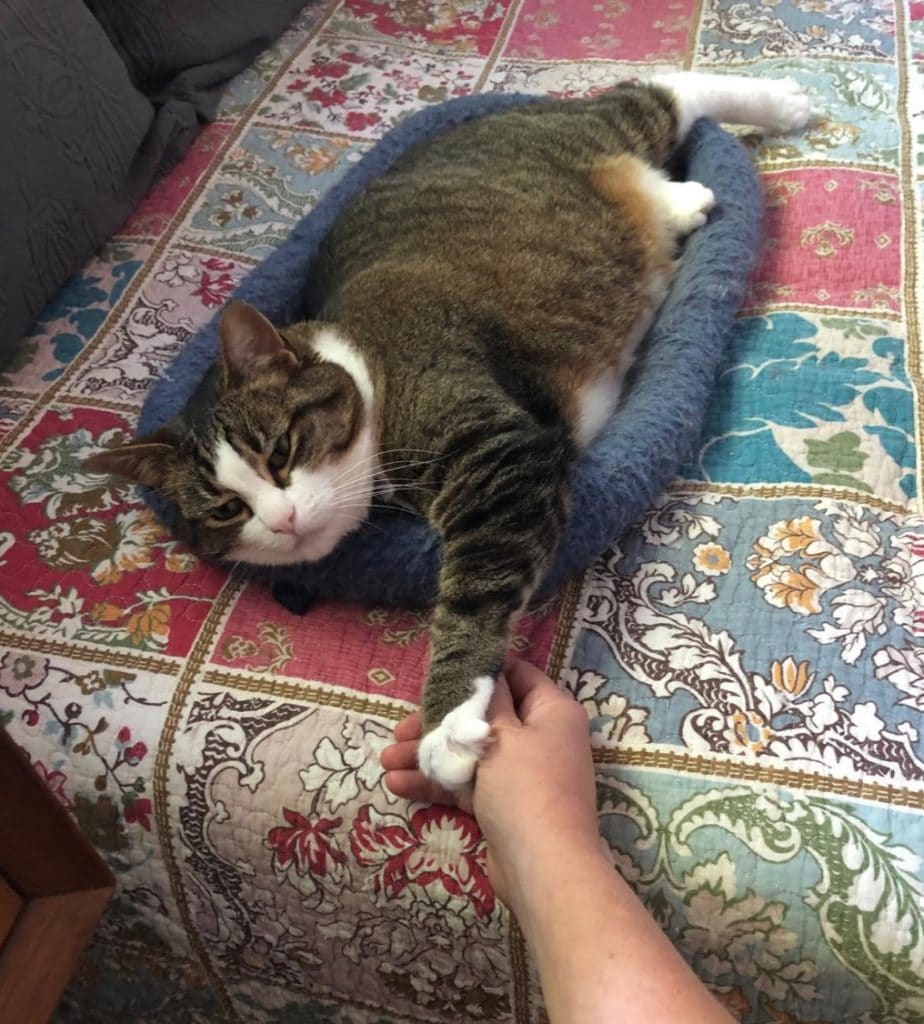 Compulsively doomscrolling through Twitter last week, I stumbled upon a curious tweet that managed to distract me from Mike Pence’s fly for a few, fleeting minutes.

The tweet claimed a magical cure to a common WFH frustration: kitties interrupting Zoom calls, pouncing on keyboards, and in general persistently vying for our attention while we’re working from our home computers. (See exhibit A below, my cat Matilda, who would not settle down during a recent conference call until we “held paws.” Note: I’m sitting at my desk during the meeting.)

According to @gisel_ysbryd, all you have to do is just give your cat their own workstation, and voila, problem solved.

“Apparently cats are all over your laptop when you’re trying to work because they want to mirror your behaviour,” she tweeted. “My cat is relentlessly cuddly when I’m working so I thought I’d try something out.”

See her “aggressively affectionate” cat, Belle, below, doing her best to keep mom from working. 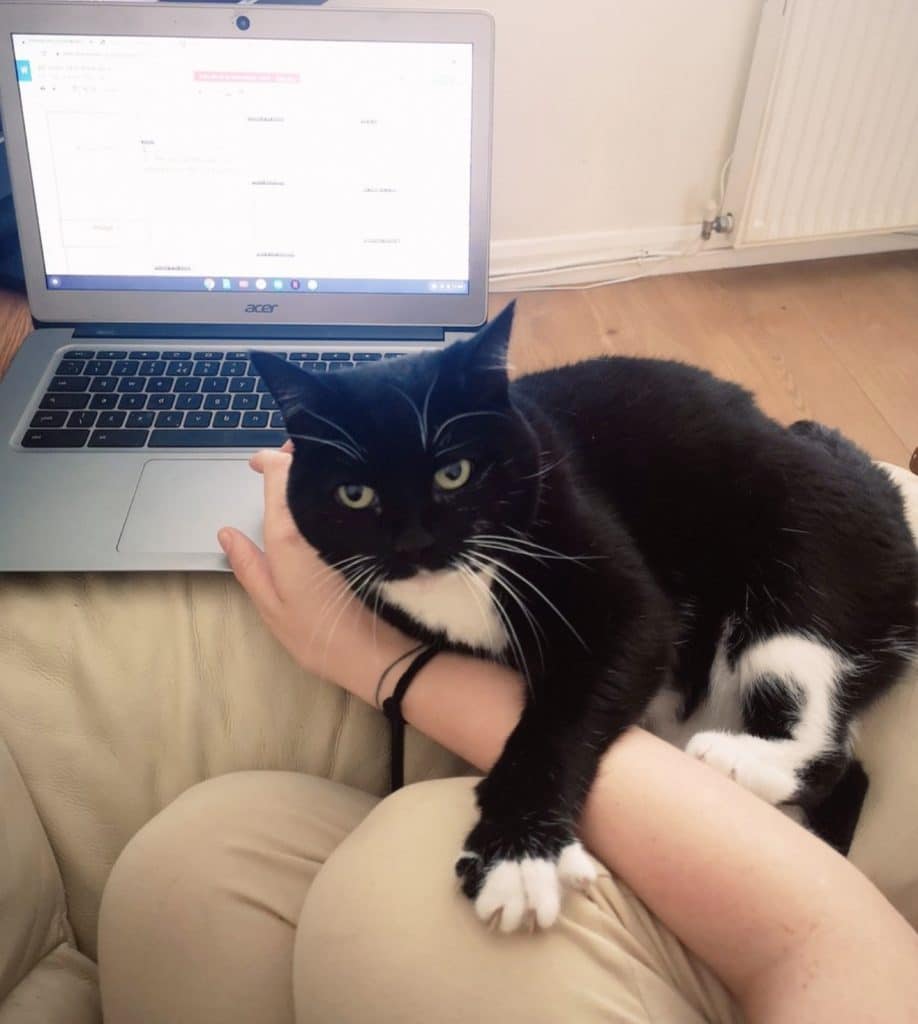 “I got an old laptop to see if it would distract her from me AND LOOK IT WORKED,” the tweet concluded. (Exhibit B, below.) 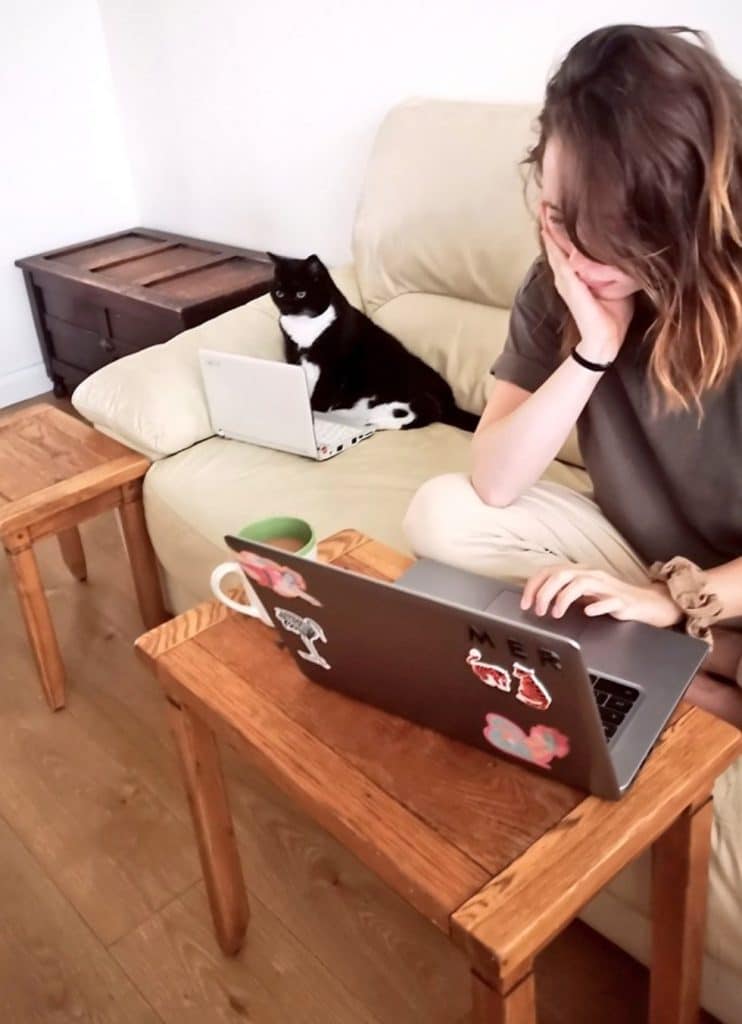 After reading the tweet, I told my husband I was going to try it on our own cats (Matilda and Ramona, who I describe here as “fussy and dictatorial”) and he grumbled it would never work. Oh, the satisfaction when he entered our office/guest room to ask a question, just moments after I presented the kitties with their own laptop.

I simply gestured to our cat Ramona, who had quickly cuddled up with my old Lenovo (again, my desk is to the left of the photo). 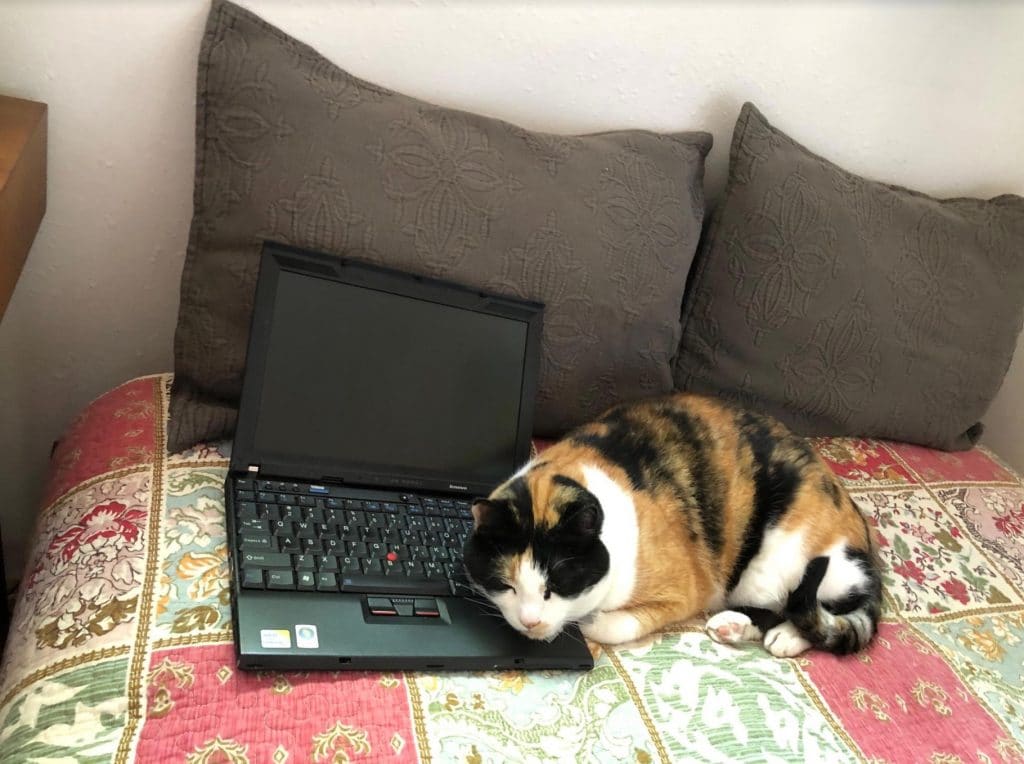 She made herself quite comfortable, eventually getting cozy enough to take up one of her very thorough grooming rituals (see below). 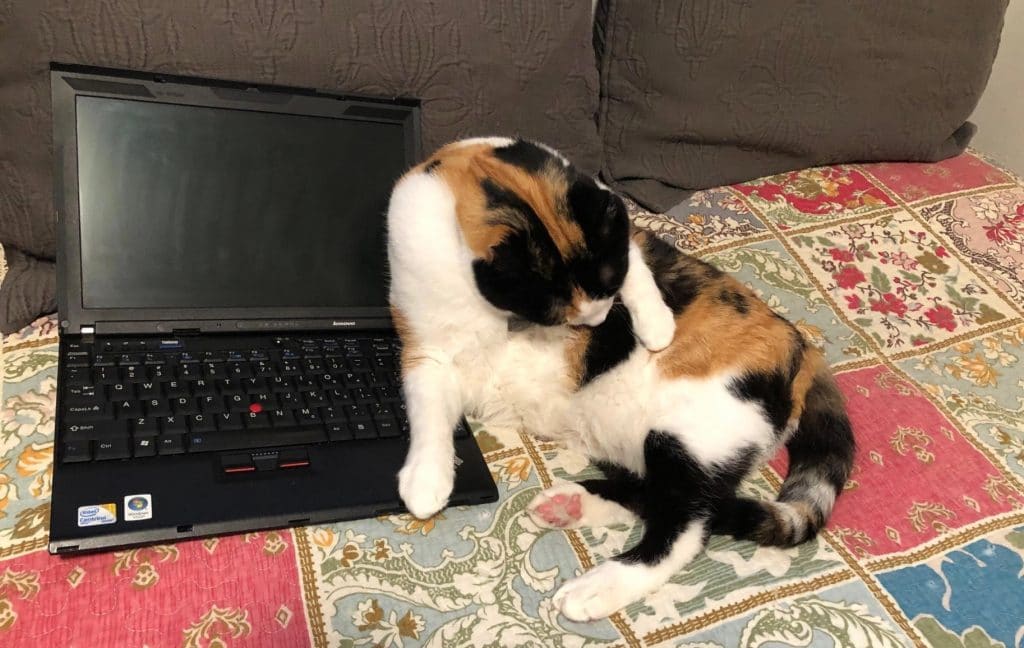 Cute, right? But what does it all mean?!

According to this article, cat behavioralists say that cats like laptops for a lot of different reasons, including that they tend to be located near their favorite person, and are usually warm.

Whatever the case may be, you might think twice about recycling your old laptop; as they say, one man’s trash is another cat’s treasure.